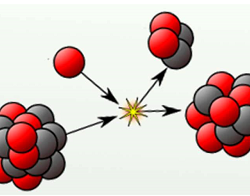 Nuclear Force Nuclear force is one of the four fundamental forces of nature, the others being gravitational and electromagnetic forces. In fact, being 10 million times stronger than the chemical binding forces, they are also known as the strong forces. The nuclear force acts between all of the particles in the nucleus, i.e., between two neutrons, Read more about Nuclear Force[…]