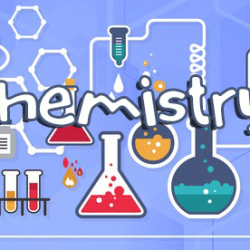 Bohr’s atomic Theory It is based on the application of quantum theory of radiation. Postulates:- 1. The electrons revolve around the nucleus with definite velocity in certain fixed closed paths called orbits. There are numbered as 1, 2, 3, 4…… (Or) K, L, M, N from the Nucleus. 2. The angular momentum of electron is an Read more about Bohr’s Atomic Theory[…]